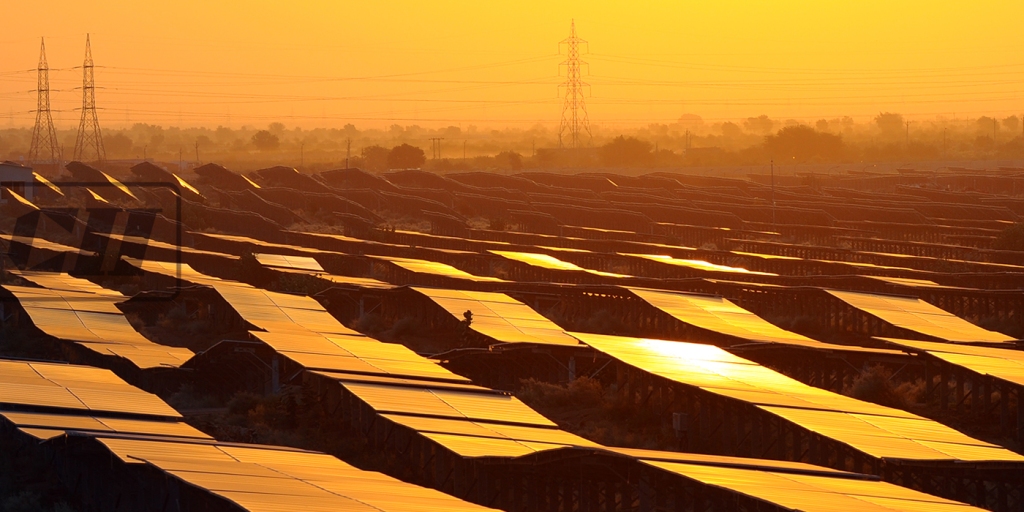 India is one of the largest producers of energy from renewable sources, occupying the 5th global position for overall installed renewable energy (RE) capacity. Including large-scale hydroelectric power, RE accounts for more than 34% of India’s total installed power capacity of 347.37GW. The country has attained global 4th and 5th positions in wind and solar power installed capacities, with a total of 101.83 billion units of power being generated during 2017-18 from renewable energy.

Amidst the growing international carbon footprint menace, the need for ‘clean/renewable’ energy is unquestionable. With the United Nations bestowing PM Modi with the 2018 ‘Champion of the Earth’ award for leadership in promoting solar energy, India’s emerging leadership in RE has received international recognition.

India has pledged that by 2030, 40% of the installed power generation capacity shall be based on clean sources. To that end, 175GW RE capacity will be installed by 2022: 100GW from solar, 60GW from wind, 10GW from bio-energy and 5GW from small-hydro power. As further fillip to the RE sector, Government has permitted 100% Foreign Direct Investment (FDI) under the automatic route.

US-based think-tank Institute for Energy Economics and Financial Analysis (IEEFA) has indicated that out of 10 of the world’s largest 74.75GW solar parks, 5 are in construction in India. The world’s largest solar power plant, the 2255MW Bhadla Solar Park, is being constructed in Rajasthan, and the 2000MW Pavagada Solar Park will be the second largest upon completion.

India was the first country in the world to set up a dedicated Ministry of New and Renewable Energy (MNRE) in the 1980s to steward its non-conventional energy resources, and is presently running one of the largest and most ambitious RE capacity expansion programmes in the world. India is set to emerge as a ‘Sunshine Country’ as per the International Solar Alliance, which promotes the growth and development of solar power internationally amongst over 121 Member Countries.

Rural India, with its large open landmass, is also becoming a hotspot for RE. Embracing it brings two immediate benefits: precious Government finances on capex can be saved in extending power grids to rural areas, and it leaves a larger consumer surplus in the hands of villagers as they are saved heavy expenditure on fossil fuels such as diesel. Success stories abound, with Dharnai village in Bihar already earning the distinction of becoming India’s first solar powered village, with its Greenpeace-aided 100KW micro-grid. In 2018, biomass power reached 8.3GW installed capacity, with over 3.98 million family-type biogas plants.

The perils of CO2 increase and rising global temperature, if uncontrolled through appropriate actions, will surely prove a challenge for the existence of the human race. RE sources can meet our energy demands, ensuring sustainable development. Though RE is presently capex-intensive, wider adoption will reduce costs. India’s RE potential is huge and it is our endeavour to harness newer technologies to create a cleaner, greener and safer place for our future generations.

To support Government’s RE initiatives, the Confederation of Indian Industry (CII) has constituted three committees on solar, wind and bio-energy.

The CII National Committee on Solar Energy is focussed on rationalising tariffs and reduction of duties on solar modules; promoting the deployment of rooftop solar in states; reforming the distribution sector; boosting solar manufacturing, and establishing clear and transparent bidding guidelines to increase volume as well as investments in the sector.

The CII National Committee on Wind deals with issues relating to decreasing the cost of transportation of wind products domestically as well as internationally; ensuring that states honour Power Purchase Agreements (PPAs) and comply with their renewable purchase obligations (RPOs), and diversification of the wind auctions to increase volumes in other wind-rich states. Of late, this Committee is also working to enhance India’s offshore wind potential.

The CII National Committee on Bioenergy is advocating greater use of biofuels in commercial and private transportation to achieve India’s target of 10 per cent blending; incentivising 2G ethanol production technologies and chemicals, and driving policies, processes, financing and marketing of initiatives to convert agricultural and municipal waste into biofuels, biogas and other viable by-products.

Begin typing your search above and press return to search. Press Esc to cancel.